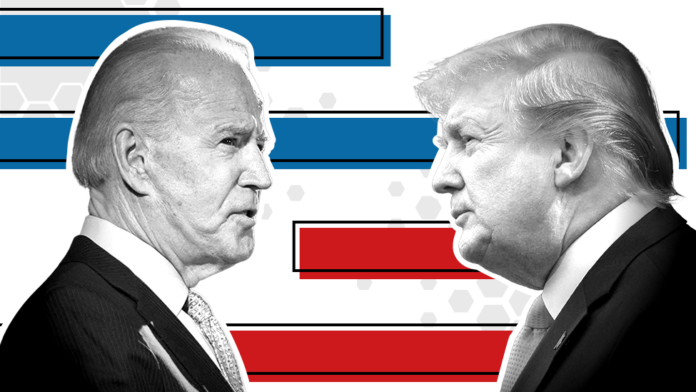 In his administration, the US Democratic Presidential Nominee Joe Biden vows that Muslims will be included in all political and social aspect. Joe Biden vows to rescind President Donald Trump’s popularly known ‘’Muslim Ban. He confirmed that in his reign, Joe Biden will work with Muslims to rip the poison of hate bestowed in the society by Donald Trump’s tenure. He will ensure the Muslim’s contribution will be recognized and honored. The Muslim ideas will be important in his tenure.

When he was talking to the Civil Rights Organization Muslim Advocates through video message, the presidential aspirant confirmed that Muslim are important part of the society and their ideas are equally important. ‘’My administration will look like America, with Muslim Americans serving at the high table’’ Biden Said.

In the Video, the Obama’s vice president also promised to repeal the Trump’s popular ‘’Muslim ban’’ even on the first days of his rule at the White House if elected. In Trump’s rule, there were many introduced travel bans on several Muslim majority countries. This was done through a series of executive orders that he signed from January to March in 2017. This series of restrictions was known as the ‘’Muslim Ban’’.

This is not new because trump had called for a complete shutdown of all Muslims entering the country during his campaigns. This was a directive immediately after the Shootings in San Bernardino, California. A couple allegedly carried out the shootings and one of them was a Pakistani Female.

Confirming in his debate with the Civil Right organizations of Muslim advocates, Biden confirmed that he will push law makers and the government at large to flush the already booming hate crimes in the country.

‘’Instead of healing, we’re being ripped apart and I won’t let that happen. We have too bright future to leave it shipwrecked on the shores of division and anger’’ Joe Biden Said.

Biden’s campaign page dedicated to Muslims has promised to order the US department of Justice to focus additional resources to combat-religious based hate crimes. In his interview, he confirmed that Muslim Americans are diverse and a vibrant part of the US. According to Biden, this makes invaluable cultural and economic contributions to the communities that are across the nation. However, he confirmed that the country has received real challenges and threats which included the racially-motivated violence and Islamophobia.

In his tenure, Biden says that he’s going to invest in Muslim Americans’ economic mobility. This will definitely be through the process of increasing the federal minimum wage to $15 per hour, addressing pay gap and strengthening public and private sector.

Lastly, Biden said that he’s a staunch ally of Israel and a defender of unconditional US support to the Middle Eastern Country despite the flagrant human rights violations by some of these countries. He also explained that he would initiate talks with some of these human right violators to help solve these issues affecting human rights and peaceful co-existence.

Are you looking for fashionable women’s clothing for travel?