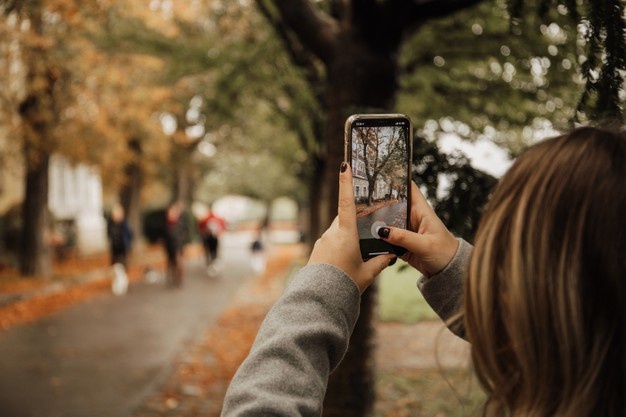 If you already have iPhone 12, you are wondering what this new iPhone 13 comes with that makes you get a new phone.

In this iPhone 13 VS iPhone 12 Review, I’ll be sharing with you iPhone 13 and iPhone 12 features to better understand the difference between these two iPhone mobile phones. At the end of the blog post, you will know which is worth it and why.

From a design perspective, there isn’t much difference between the iPhone 13 and the iPhone 12, except for one very noticeable difference. On the iPhone 13, this would refer to the notch, made smaller on all four new models.

Except for their flat edges and Ceramic Shield displays for greater durability, the phones have the same overall appearance.

The new models are slightly heavier than the previous models, likely due to the larger batteries that Apple has included with the iPhone 13. There are also new color options available.

The iPhone 13 and iPhone 13 mini are now available in a variety of colors, including black (Midnight), white (Starlight), blue, and Product [RED]. Sierra Blue has been added to the iPhone 13 Pro color palettes, joining graphite, gold, and silver options.

The iPhone 13 Pro and iPhone 13 Pro Max, the first Apple phones to feature ProMotion displays, are the focal point of the larger display storyline. It means that they can dynamically adjust their refresh rate between 10Hz and 120Hz to reflect the activity on the screen in front of them, as needed. The iPhone 12 Pro models, like the iPhone 13, 13 mini’s, iPhone 12, and iPhone 12 mini’s, are all stuck at 60Hz, just like the rest of the lineup. 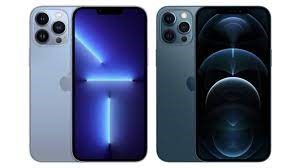 The cameras on the iPhone 13 and iPhone 12 turned out to be a significant point of differentiation between the two devices, even though the number of lenses on each device remained constant. The work that Apple has done with the camera hardware has resulted in a completely different photography experience on the iPhone 13.

A 12MP main camera is included in both the iPhone 13 and iPhone 13 mini models, and it is the largest sensor ever used in a dual-camera iPhone before. It should capture 47 percent more light than the iPhone 12 camera, resulting in sharper images. 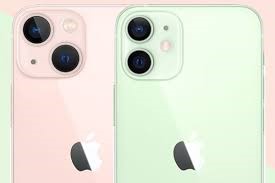 The sensor-shift optical image stabilization feature, first introduced on the iPhone 12 Pro Max last year, is present on these two iPhone 13 models. The ultrawide lens promises to provide more detail in the darker areas of your images.

The iPhone 13 Pro models have even more dramatic camera changes than the previous models. iPhone 13 Pro and iPhone 13 Pro Max have a larger main sensor for better low-light images, while the ultrawide angle lens has a wider f/1.8 aperture for better wide-angle shots in low light.

Once again, this will result in brighter, sharper images, even when the lights are turned down low. The iPhone 13 Pro models also have an improved 77mm telephoto lens, which now offers 3x optical zoom, an improvement over the 2.5x zoom found on the iPhone 12 Pro models.

Night Mode is available on all three cameras on the iPhone 13 Pro. The iPhone 13 Pro includes sensor-shift stabilization rather than reserving that feature for the Pro Max model, as was previously the case.

Another feature that deserves to be mentioned is Cinematic mode, which is available on all four iPhone 13 models and allows you to shoot videos.

It automatically adjusts the focus when filming the video and shifts the camera’s attention between objects in the foreground and background as the situation requires it. This is not a feature that will be available on the iPhone 12.

iPhone 12 had some of the best 5G compatibility available, but Apple claims that its new phones will support even more 5G bands than the previous model. Apple claims that 5G supports on the iPhone 13 models will double by the end of the year, with more than 200 carriers across 60 countries and regions.

The iPhone 13 comes pre-loaded with Apple’s iOS 15 operating system. Although the iPhone 12 models were released with iOS 14, they are all eligible to receive the iOS 15 update at no additional cost.

As a result, we don’t know how large the iPhone 13 batteries are compared to their iPhone 12 counterparts because Apple doesn’t disclose battery sizes when introducing new phones. However, we know that they are larger and that they have a longer battery life than previous models.

That’s encouraging news except for the iPhone 12 Pro Max, all of the other iPhone 12 models performed significantly worse than average in our battery test, in which we had phones browse the web over cellular until they ran out of battery.

Charging speeds are the same on the iPhone 12— 15W MagSafe wirelesses charging and 20W wired charging, respectively. As was the case with the iPhone 12, the iPhone 13 models will not include a charger.

Normally, you would expect phones to improve from one generation to another, but our comparisons’ differences between the iPhone 13 and iPhone 12 are quite significant.

It is a significant upgrade because of the increased storage capacity, faster processor, and camera enhancements. When you factor in improved battery life and — in the case of the iPhone 13 Pro models — fast-refreshing displays, this represents a significant improvement over last year’s model.

Even though the iPhone 12 models were excellent, they are no match for what the iPhone 13 offers. And if you’re in the market for an iPhone right now, this is fantastic news for you.

Houzz.com Review: Legit or a scam?