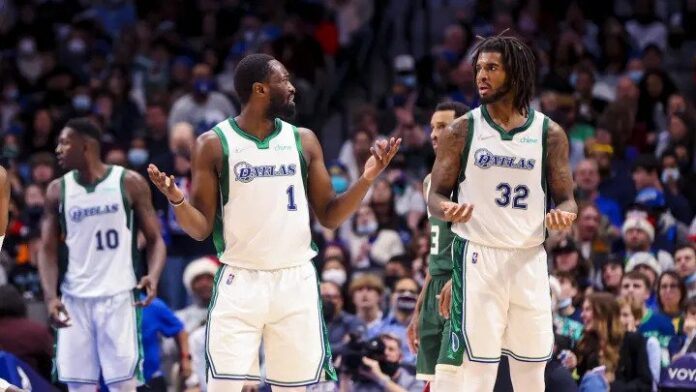 Frustrations boiled over after Game 5 between the Mavericks and the Suns when Dallas forward Marquese Chriss followed Phoenix center Bismack Biyombo off the court and into the Suns’ home tunnel after the two players were ejected late in Phoenix’s 110–80 win on Tuesday night.

With the Suns leading by 28 with 2.3 seconds remaining, Chriss fouled Biyombo on a lob play. Frustrated by the foul, the veteran center confronted the Mavs forward and Chriss pushed his arm away. Referee David Guthrie assessed each player a technical foul and subsequently ejected them from the game.

The situation continued from there as Biyombo left the floor and went into the proper tunnel, in the direction of the Suns’ home locker room. Shortly after, Chriss went into the same tunnel, even though he was supposed to exit on the opposite side of the court. The Mavs forward couldn’t blame ignorance for entering the wrong tunnel after having played the first two seasons of his career in Phoenix from 2016 to ’18.

Members of both teams’ security staff followed after Chriss to try and prevent the incident from escalating any further, according to ESPN’s Dave McMenamin.

Marquese Chriss and Bismack Biyombo almost went at it in the locker room hallway 😳 pic.twitter.com/erLrolsXcO

Not long after entering the tunnel to the Suns’ locker room, Chriss was ushered back toward the other end of the court and into the visitors’ tunnel, per McMenamin.

The NBA has yet to address the incident and it remains unknown if Chriss will be reprimanded further for his actions.

The Suns gained a 3–2 advantage over the Mavericks in the Western Conference Semifinals with Tuesday night’s win. Phoenix will have a chance to close out the series in Dallas on Thursday in Game 6.